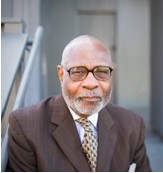 20 years of business and finance experience. Advisor to some of the most successful CEOs in the U.S. Vast experience in the technology area: HealthCare, Energy, Communications and Internet of Things. Mr. Whiteis a known visionary in identifying market niches. He has held several C level positions as CEO for two energy companies. Mr. White has an extensive finance and investment background as Senior Consultant to Safeguard Scientific, a leading publicly- owned venture capital company.He was a former International Banking Officer with JP Morgan and Bankers Trust Company (acquired by Deutsche Bank), where he was head of the International Finance Group. He also founded his own International Trading Company. Structured and closed more than $500 million in International trade transactions. These transactions were in the following area: Communications, Drilling Rigs, Wireless, Earth Moving equipment, Mining equipment, Energy Related and others. Featured in the New York Times, Black Enterprise Magazine and other publications.Recently, Mr. White has been a noted presenter at Bank of America/Merrill Lynch Conferences: Raising Capital for International Projects and How to Identify Business Opportunities in the future for Minority Firms. Mr. White received his MBA degree in Finance from Columbia University and a BS degree in Marketing/Economics from the University of Denver. He has held board seats on publicly owned and non-profit companies